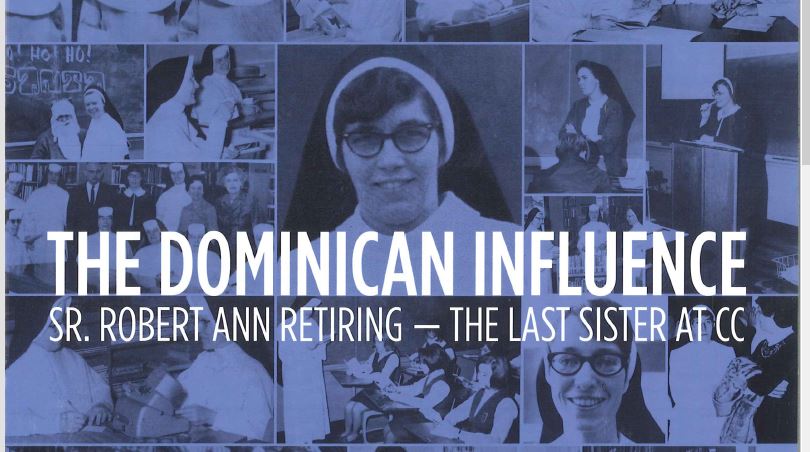 The Last Sister at Catholic Central

Since 1906, the Grand Rapids Dominican Sisters have helped form the lives and instill Catholic character and values in tens of thousands of Catholic Central students. Everybody whose lives have been touched by the Sisters’ 100+ year history of reaching here understand how they shpaed the heart, the soul, and the foundation of our school.

“The Dominicans nurtured Catholic Central from its infancy,” says Principal Greg Deja. “They directed and reflected the entire mission of the school, and continue to inspire the laity who promote that mission today.”

For Paul Korte (’64), the Sisters represent the most selfless, giving, and Christ-like group of people he has ever known. “Where would be without the Sisters’ dedication to our faith and our school?” he asks. “Who else would give up all they have to nurture and educate the Catholic youth of Grand Rapids?”

This is just the beginning of the story about the Dominican influence on Catholic Central’s past, present, and future. Read more