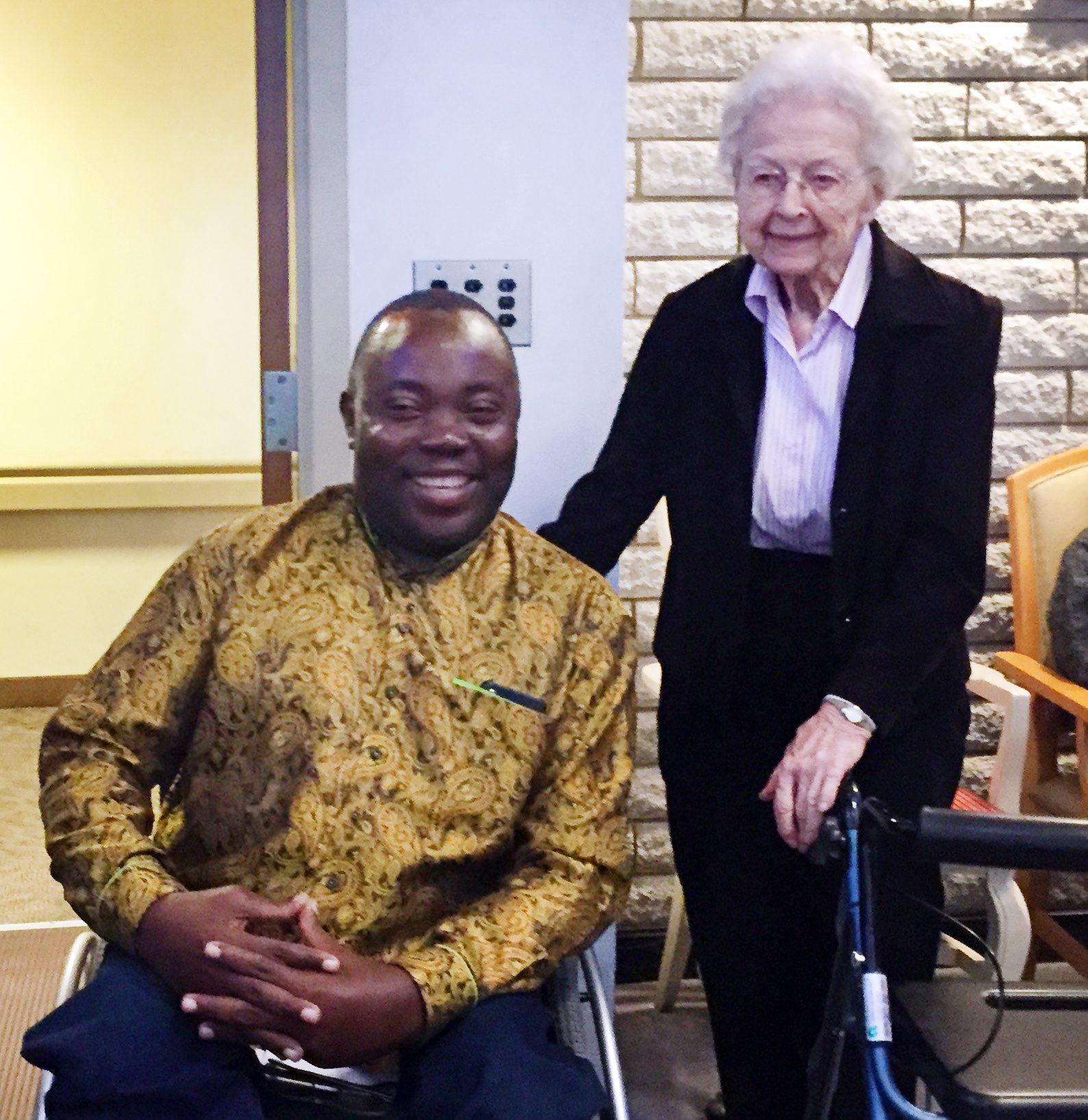 A friend from afar joined the Dominican Sisters~Grand Rapids for Liturgy on Tuesday, April 23; he wrote and read the Petitions in St. Catherine of Siena Chapel at Aquinata Hall.

Clement Chiwaya’s presence was a delight for so many Sisters. Sister Diane Dehn reflected: “I was fortunate to work with Clement as his academic advisor when he first came to Aquinas College. After graduation, Clement returned to his native country of Malawi, Africa. He immediately began using his acquired skills in community leadership as well as his own passion for helping the people in his native village and beyond to improve their lives and living conditions. As word about his good work spread, he was elected to the Malawi Parliament, and thus was able to continue and expand his work as a “servant leader”. After serving for seventeen years, he plans to retire, but he has plans and projects in mind to continue working to improve the lives of the people in his country.”

He stopped at Marywood to personally thank the Sisters for their presence in his life. Clement, know that we are grateful for your friendship and presence, as well. 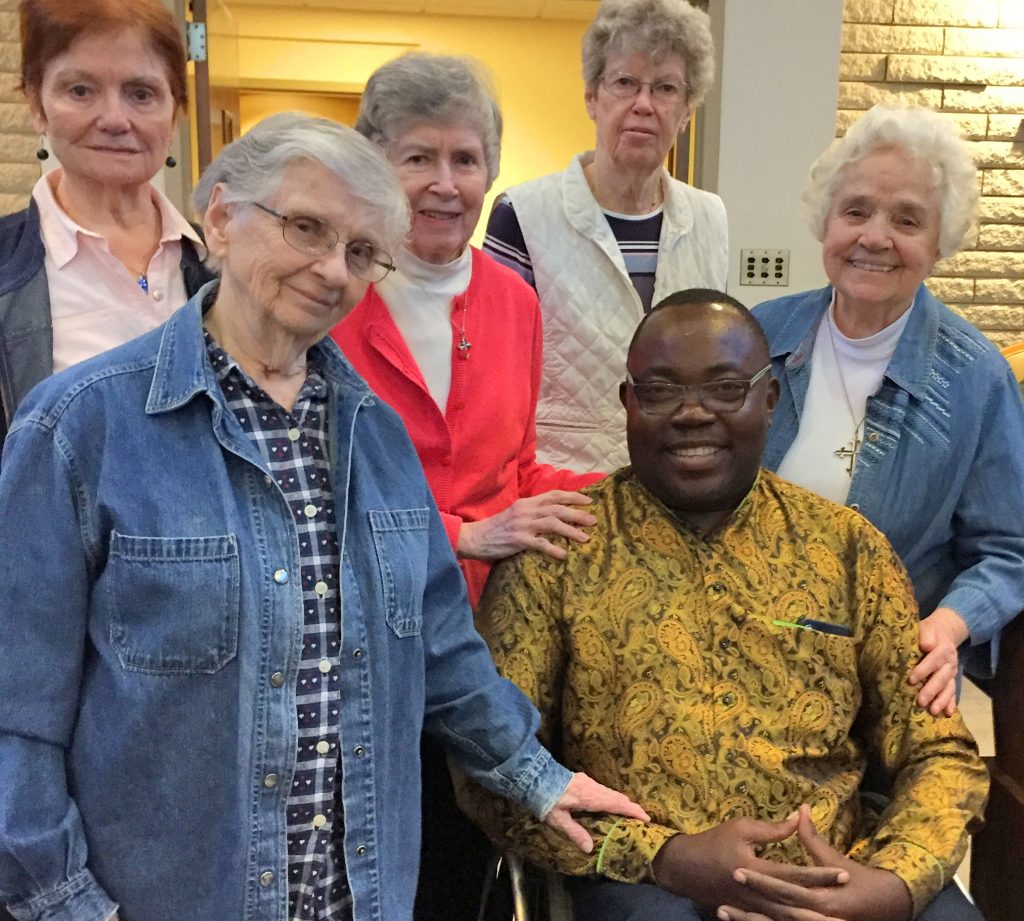 Marywood Campus Closed to All Visitors Until Further Notice