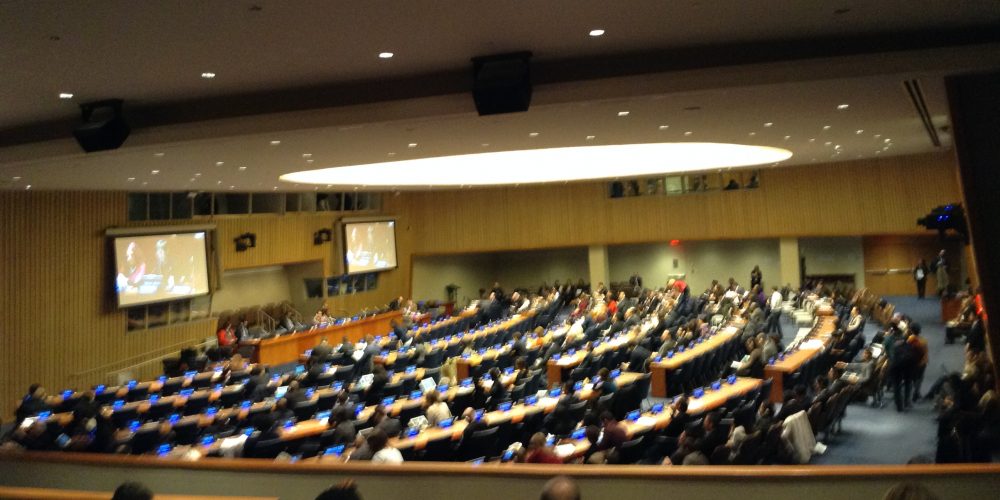 Catholic sisters and other peace activists who have worked decades to end the nuclear threat lauded an agreement reached July 7 by 122 countries at the United Nations that outlaw nuclear weapons.

For longtime activists like Sisters Carol Gilbert and Ardeth Platte, Dominican Sisters of Grand Rapids, Michigan, the agreement — which nuclear states like the United States have said they “do not intend to sign” — is a milestone in activists’ long, committed, vigilant but often lonely efforts.

They and other veteran activists were jubilant after the vote of participating nations at U.N. headquarters in New York, though they were quick to add that the vote has to be seen as another step, though a crucial one, in a long journey by those who want to get rid of the weapons that threaten humanity and the planet.

“I am going to spend the rest of my life to get the U.S. on board this treaty,” Platte, 81, told GSR in an interview at U.N. headquarters shortly after the vote, the culmination of several sets of meetings that began earlier this year.