We Remember the Roses in Prayer 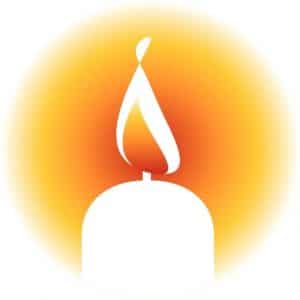 Wednesday, December 2 marks the 40th anniversary of the Roses in martyrs Sister Dorothy Kazel, Sister Maura Clarke, Sister Ita Ford, and Catholic lay worker Jean Donovan who were brutally murdered by the US-supported Salvadoran military for their ministry and for their dedication to those living in poverty. They were called “subversives” because they were accompanying refugee families who had fallen victim to the escalating violence and oppression that eventually led to civil war.

Dominican Sisters ~ Grand Rapids have responded to the invitation from Leadership Conference of Women Religious (LCWR) and SHARE Foundation to celebrate the gift of these four women, while also remembering all of those who have dedicated their lives to working for justice in El Salvador and throughout the world. December 2, 2020, the 40th anniversary, is an opportunity to remember their story of love, selflessness and courage.

Please consider joining us in prayer on the evening DECEMBER 2, 2020 in solidarity at 7:00 PM. During this time we invite you to pause wherever you are and spend 30 minutes in PRAYER AND REFLECTION.

As a congregation, wherever we find ourselves, either individually or communally, let us join in prayerful reflection to honor these four women and their witness to the world.

Light a candle, real or virtual, and meditate on a scripture passage, on poetry, a hymn, a saint’s message, on what’s in your heart or in front of you that leads you to thanksgiving, gratefulness, advocacy, or faith in action.

We pray to honor the memories of Ita, Maura, Dorothy, and Jean and those who continue to follow in their footsteps as we pray with 40 other cities to commemorate the 40th anniversary.

In December of 1980, there were four Maryknoll Sisters living and working in El Salvador.
Madeline (Maddie) Dorsey and Teresa (Terry) Alexander worked in Santa Ana, and Maura Clark
and Ita Ford worked in Chalatenango. In Chalatenango, Ita received urgent requests from refugees
for food, medicines and transportation. She and Maura made constant trips to the countryside to
deliver supplies or to pick up refugees who had been hiding in the hills for fear of
government-sponsored death squads. The church in that area was labeled “communist” because
they cared for the poor who were considered a threat to the military dictatorship in control of El
Salvador in that time.

Among the sisters’ in-country friends were Ursuline Sister Dorothy Kazel and Lay Missioner Jean
Donovan, members of the Cleveland Mission Team who lived and worked in La Libertad, a village
not far from the international airport south of the capital, San Salvador.

The Maryknoll Sisters in Latin America held annual regional assemblies and retreats. El Salvador
was in a “Region” that included Panama and Nicaragua. Their assembly in 1980 was held in
Nicaragua. Maddie, Terry, Maura and Ita traveled to Nicaragua for the assembly and had made
arrangements with Dorothy and Jean to pick them up at the airport upon their return. They had
been unable to book the same flight back and so Dorothy and Jean made two trips to the airport
that day. They met Maddie and Terry’s 4 o’clock flight and took them to La Libertad where they
had left their jeep prior to their flight to Nicaragua for the assembly. “A National Guardsman on
duty in the airport watched the women and placed a call to his local commander.”

“It was 5 o’clock when Maddie and Terry drove away from La Libertad bound for their mission in
Santa Ana. Dorothy and Jean climbed back into their white van to return to the airport. As they
waited for Ita’s and Maura’s flight…the National Guardsman placed another phone call. The local
commander who took the call then ordered five guardsmen to change into civilian dress for an
unspecified mission.”

We may never have known what that “unspecified mission” was had it not been for several events.

“At around ten that night, along the dusty road to San Pedro Nonualco, one hour from the airport
and in the opposite direction from La Libertad, three peasant farmers watched from a pineapple
field as a white van drove by. It traveled another seven hundred yards and then stopped. (Soon
they) heard machine gun fire followed by single shots. Fifteen minutes later the same vehicle passed
by on its way back.” The effort to draw attention away from the spot where the sisters had been
murdered was evidenced by their van having been “left burning that night on the side of the road
leading from the airport to La Libertad.”

In brief, the bodies had first been left in an open field the night of December 2. On December 3,
when the bodies were discovered by local farmers, civil authorities had them buried in secret. But,
on December 4, some of the local people went to the parish priest who then notified church
authorities, and the gruesome assassinations came to light. The bodies of the four North American
missioners, raped and brutally shot, had been found. They had suffered “the same fate as the
poor.”

1 Quotations are taken from “The Same Fate As The Poor” by Maryknoll Sister Judith M. Noone.