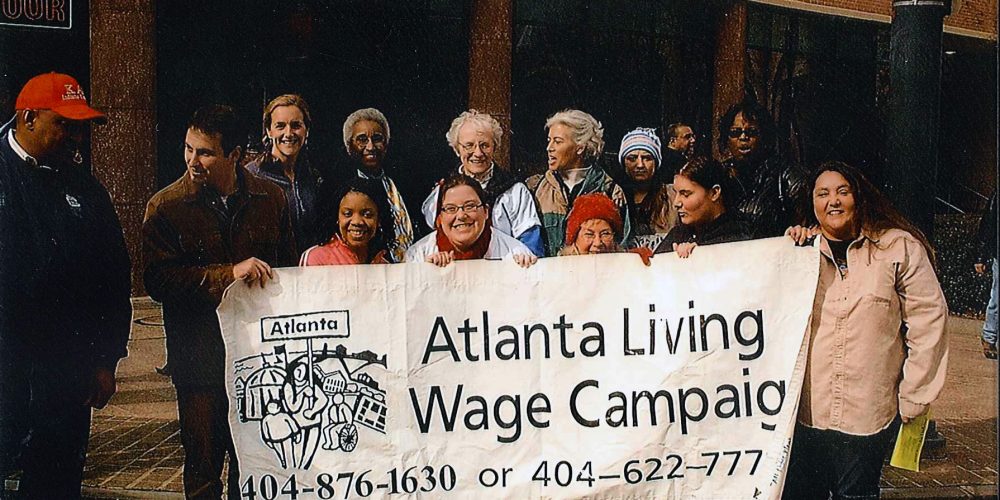 As the ministries of the Dominican Sisters of Grand Rapids diversify and flourish and as their horizons broaden far beyond the familiar, much changes—or so it seems. One thing, however, remains the same—that is the undying conviction among the Sisters of who they are and what they are about. As stated in the Constitution of the Congregation:

We undertake with great courage, confidence and joy the work and the risks involved in bringing about the “new creation” of the Risen Lord. Within our means and relying on God’s help, we prepare ourselves to engage in any role necessary to promote justice, to empower the powerless and oppressed, to teach the unknowing and to sustain the efforts of all who seek to live fully human lives. (Dominican Sisters ~ Grand Rapids Constitution and Statutes, #14)

“New creation” needs tending much like farming the land. The “tender” needs to be attentive, diligent and generous. What a wonderful word, “tender,” which by definition means concerned for, showing gentleness or sympathy.

Joyce Ann Hertzig, OP is one of God’s tenders. She rises with the sun to tend and nurture one of God’s greatest creations, the human being. Daily, at Morning and Evening Prayer, Dominicans reflect on the Psalms, which express every mood of the human heart: praise and thanksgiving, petition and longing, hope and confidence, lament and complaint, confusion, and even rage. These prayers help Dominicans to praise God and to remember our solidarity with all humanity.

It is this sense of solidarity that awakened the heart of Sister Joyce Ann early in her vocation.

After graduating from Marywood Academy and Aquinas College, she taught in rural schools in Michigan. Then, in 1984, Sister Joyce Ann was missioned to Holy Trinity, Alabama, and then Mobile, Alabama. “I was a principal and a teacher for four years, then served 14 years in curriculum development and assessment,” explains Sister Joyce Ann.

Training teachers and integrating principles of Catholic social teaching into curriculum came easily to this justice-minded Sister. “I was once asked how one could integrate Catholic identity into a math class. ‘Develop a story problem about the ratio of food to people in the world,’ I offered,” says Sister Joyce Ann.

She describes what it was like in these two Southern cities in the 1980s and 1990s. “I was immersed in the reality of the South. It was rural. It was integrated, yet also segregated black and white.
“In Mobile, I was living and working in what was then known as the poorest county in the United States. The impoverished lived next door to the wealthy land owners. Many homes, truly former slave shacks, had no running water; people traveled and carried water home in containers for drinking, cooking, and bathing,” shares Sister Joyce Ann. This community, in which Sister Joyce Ann was an outsider, tended to her and nurtured her love for working with people who have so many untapped gifts.

Noticing and responding to people in need was something Sister Joyce Ann continued in her role as parish social ministry coordinator for Catholic Social Services in the Archdiocese of Atlanta, Georgia, from 2003 to 2006.

“There, somebody I worked with referred to me as spider woman because she said I excelled at making connections between people, organizations… at creating collaborative environments. I welcome that imagery. My life in ministry has been about helping others see where the needs are and connecting them with those in need,” says Sister Joyce Ann.

These days, she tends to the needs of people who live in the United States and for whom English is not a first language.

She recalls what steps led her to her current ministries: “I began volunteering at the Hispanic Center of West Michigan in Grand Rapids in 2012. They didn’t really have a formal position so I just used to show up and help the high school students, this one with math, that one with English.” This work of tutoring led her into her position with Grand Rapids Community College and to further service to help others become citizens.

“It is an honor for me to walk with immigrants seeking full participation in the United States through achieving citizenship status. Each story is unique but each desires to provide a better life for their family.

“I am a witness to the immigrant community. I want to be one body standing here, speaking, for the 20 who can’t. I want to encourage students who haven’t been able to succeed at testing into workforce training and better jobs due to unfamiliarity with a language, fear, or shame,” explains Sister Joyce Ann.

Sister Joyce Ann dreams of a society in which all gifts are tended and nourished. “Whether they’re in need of confidence, a skill, a strategy, I want to prompt them, push them to the edge to discover what they can do. That’s where hope is, where opportunity is. All it takes is once to break through; I’m all about finding the ‘onces’.” 