Maureen Geary Elected to LCWR Board 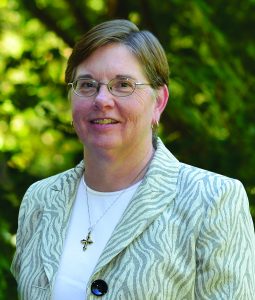 Rebecca Ann Gemma, OP, (Springfield) is the new president-elect, and Kathleen Brazda, CSJ; Maureen Geary, OP; (Grand Rapids)and Pushpa Gomes, CSC, were elected to the board. Their terms will begin at the conclusion of the LCWR assembly in August.

Blessings and congratulations to our Dominican Sisters and all incoming board members.

The Leadership Conference of Women Religious (LCWR) is an association of the leaders of congregations of Catholic women religious in the United States. The conference has about 1350 members, who represent nearly 80 percent of the approximately 38,000 women religious in the United States. Founded in 1956, the conference assists its members to collaboratively carry out their service of leadership to further the mission of the Gospel in today’s world.