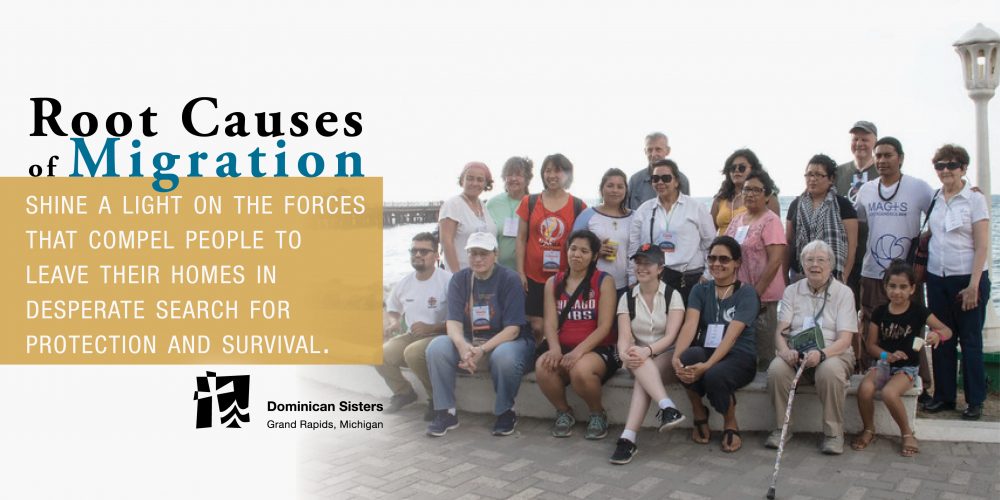 Editor’s note: From March 18 to 25, an interfaith group of about 75 people, including two dozen women religious, traveled to Honduras in a “reverse caravan” to see for themselves why tens of thousands of people have fled for their lives. Over the coming weeks, Global Sisters Report will feature columns from sisters who were part of the People of Faith Root Causes Delegation, which was sponsored by the Leadership Conference of Women Religious, SHARE el Salvador (Salvadoran Humanitarian Aid, Research and Education Foundation), the Sisters of Mercy of the Americas and the Interfaith Movement for Human Integrity.

The following is a reflection written for Global Sisters Report by Doris Regan, OP.

A delegation of some 75 faith leaders recently went to Honduras on a “reverse caravan” pilgrimage (March 18-25) in order to examine root causes of the mounting migration caravan numbers. It included Jewish and Christian leaders from the Interfaith Movement for Human Integrity, representatives from the Leadership Conference of Women Religious, the Sisters of Mercy of the Americas, the Jesuit Conference of Canada and the United States, and a number of other Catholic groups, as well as leaders representing other faith traditions. I was particularly happy to be part of the delegation since it meant a return to the country where I had ministered for almost 19 years.

Honduras is a country of fertile land, many rivers and much poverty, but most of the land is in the control of a few wealthy owners, and the water has now been contaminated by the efforts of other countries to mine its minerals. The country is like a volcano — seemingly peaceful on the surface but smoldering underneath. From time to time there are eruptions that are quickly put down (as happened in 2009 when there was a sudden, well-planned coup to displace then President Manuel Zelaya). The coup’s new government was approved by the U.S.

I saw myself that grassroots organizations actively and peacefully protest but generally are powerless against the government’s thoroughly militarized security operations. That repression is underwritten by the millions of dollars sent each year for security by the U.S. The history of the United States and Honduras illustrates a vertical relationship, rather than a horizontal one. Read the rest of the article  http://www.globalsistersreport.org/column/ministry-migration/faith-leaders-trek-honduras-56071#main-content