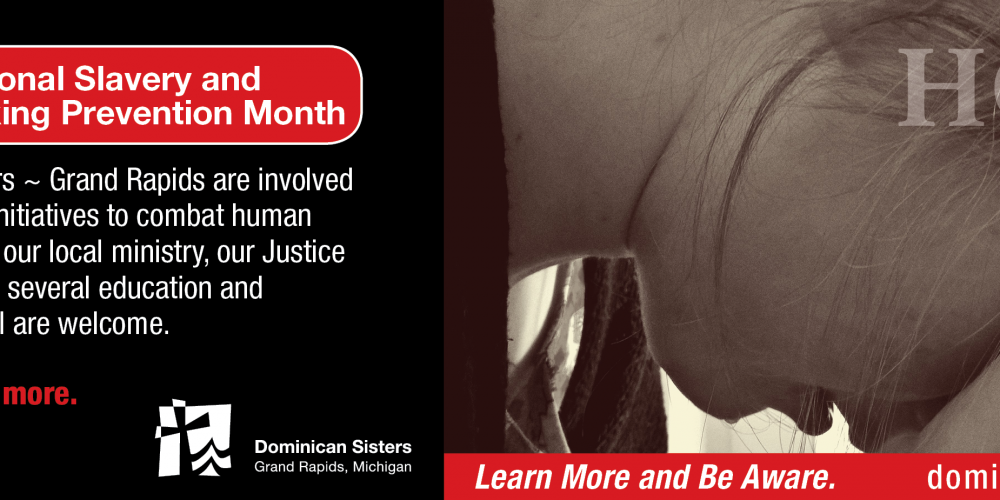 The Dominican Sisters~Grand Rapids are called to expose the truth about modern-day slavery and advocate for substantive laws that protect victims and hold accountable all who facilitate and enable human trafficking. We cannot stay silent when so many are in pain.

There is a sociological and economic truth of the deplorable worldwide industry in human trafficking. For purposes of slave and sex labor, desperate men, women, and children are drawn into a vortex of degradation. We denounce the consumerist mentality by which human beings are turned into mere instruments of satisfaction and profit.

Our congregation collaborates with several national, state, and local groups to raise consciousness, expose, and end human trafficking. During January 2018, National Awareness Month for Human Trafficking, the public is invited to attend these programs hosted by the Dominican Sisters response team. Three programs are being presented on successive Thursdays at 2:00 pm in Dominican Center at Marywood.

Learn  more about the Justice Ministry of the Dominican Sisters Grand Rapids.