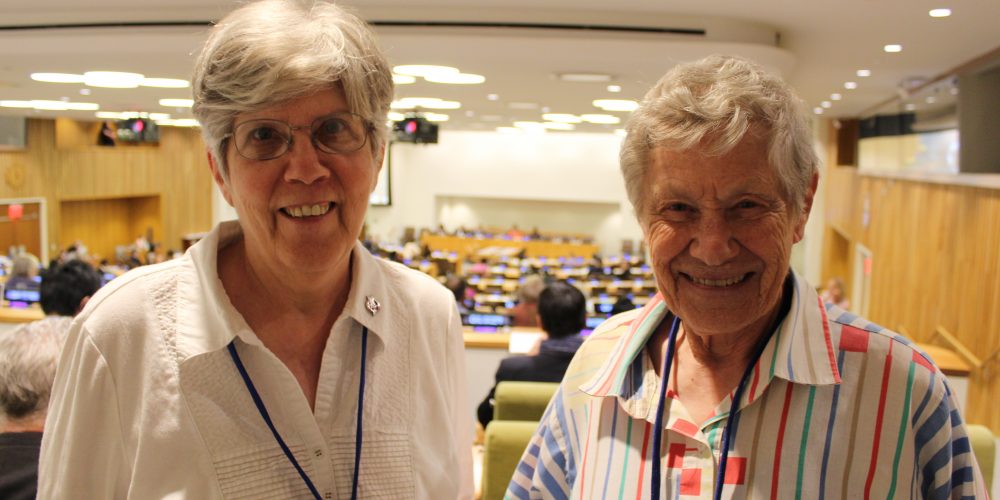 Pope Francis stated: “International peace and stability cannot be based on a false sense of security, on the threat of mutual destruction or total annihilation, or on simply maintaining a balance of power. Peace must be built on justice, on integral human development, on respect for fundamental human rights, on the protection of creation, on the participation of all in public life, on trust between peoples, on the support of peaceful institutions, on access to education and health, on dialogue and solidarity.” (visit Vatican news)

For the past 12 days, Dominican Sisters Ardeth Platte and Carol Gilbert have been at the United Nations in New York participating in negotiations on a historic global agreement that could abolish nuclear weapons, testing, stockpiles, and more. Following is a message from them.

Dear Friends: Our hopes are high for the abolition of nuclear weapons. More than 130 nations are participating in this historic process to outlaw the ultimate weapons of mass destruction. We have been meeting with NGOs and ambassadors from many nations at the United Nations for 11 days.

The second draft of the treaty was released to the assembly Tuesday. We hope and pray for a vote on July 7.

We have been with authors, scientists, physicists, psychologists, doctors, retired military officers, victims of bombing and nuclear tests — many men, women, and youth from around the world working to see this treaty to completion. We have learned so much.

Consider Joining Us in Study and Prayer

STUDY: If you would like to find out more about the nuclear weapons issue and this historic effort to negotiate a treaty, consider these resources.

PRAYER: Please hold in your prayers our two Sisters, Carol and Ardeth, and all of those gathered. Join with all who are speaking up and praying around the world. Let us pray together that the countries of the world work together in a spirit of cooperation, with determination and courage — and take this great step toward peace and security, and safeguarding of life on our Earth. Amen.

Thank you to photographer Ralf Schlesener 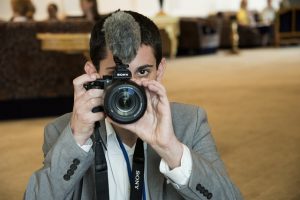 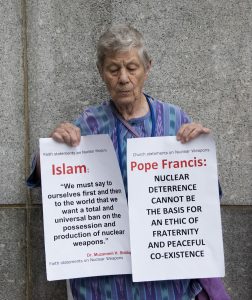 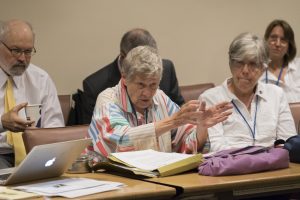 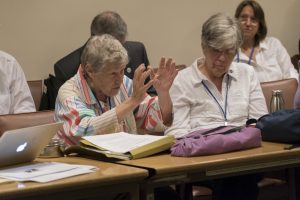 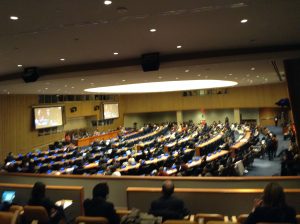