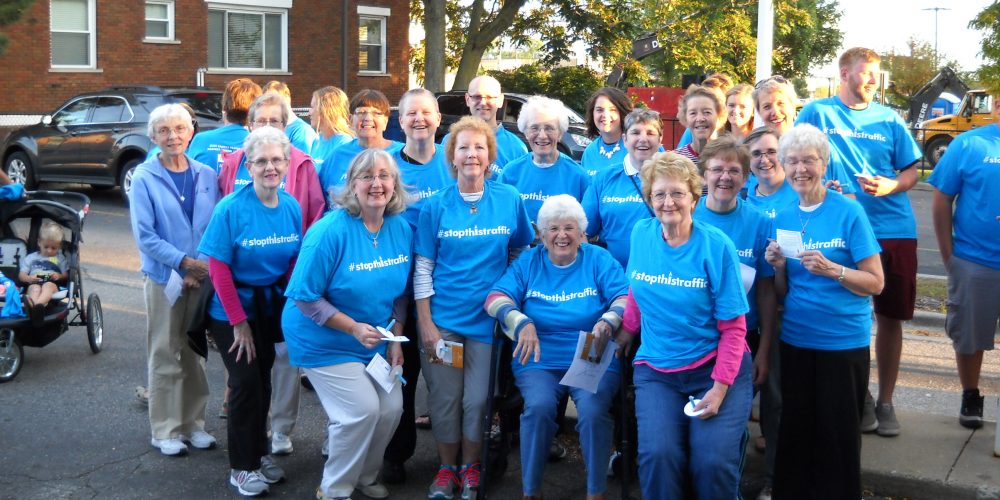 We left Marywood in a torrent, saw the rainbow half-way there, and arrived at LaGrave Christian Reform Church as fellow walkers were putting their umbrellas away. We walked to raise awareness about local sex trafficking and bring the community together in expressing their solidarity with victims.

Four Michigan artists are bringing attention to trafficking and domestic violence this year at Art Prize. Two of the art installations were accessible on the walk highlighting prayers by and for victims of violence. The Grand Rapids ~ Dominican Sisters were represented by nine Sisters, Associates, and friends. 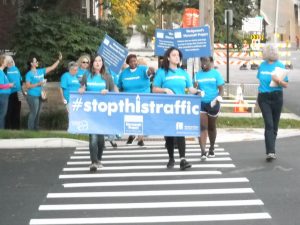 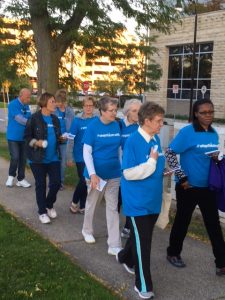 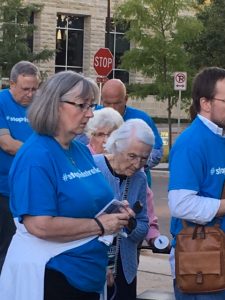 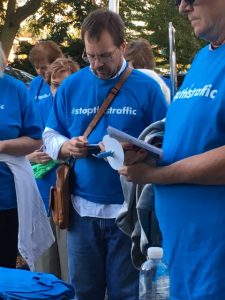 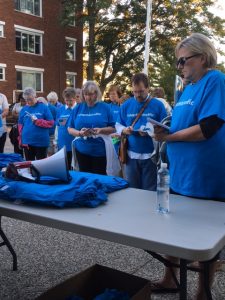 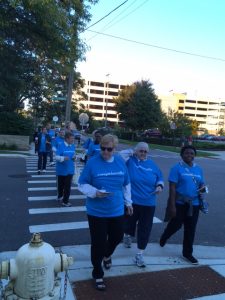 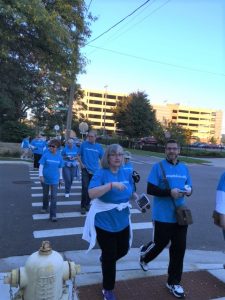 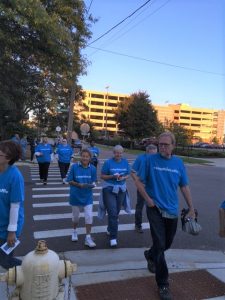