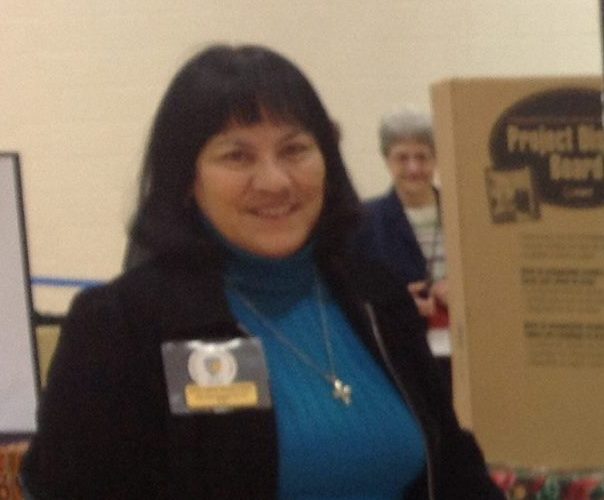 It’s been a busy month for this Dominican Sister: two back to back events and all the preparation that goes into them. Sr. Chela’s energy and enthusiasm for her ministry is a wonder.

“At this year’s Religious Education Congress (RE Congress), there are 40,000+ people from every state and 18 countries. The energy is amazing,” says Sr. Chela Gonzalez, OP, Dominican Sisters~Grand Rapids.

The RE Congress is a gathering of the brightest and the best in the area of Catholic Religious Formation, Pastoral Leadership, Scripture Study, Music and Worship. The first day of the Congress is dedicated to teens. It is called Youth Day. Each year teens put aside their school books and spend a whole day with more than 10,000 teens from around the Southwest.

“On our way to LA for the Religious Education (RE) Congress!” Sr. Chela posted on her Facebook page along with a group picture of the busload of people traveling from Boise. Sr. Chela is the Director of Catechesis for the Diocese of Boise Idaho.

The day before this photo was taken, she and many from this group, just left the Idaho Catholic Youth Convention (ICYC). That conference aims to develop, strengthen, and promote authentic and effective faith formation experiences for high school students throughout the diocese. “This year we had the largest group attending with 1,650 youth and chaperones, along with 200+ adult volunteers!” reported Sr. Chela. How it has grown from the first conference which attracted just less than 300 youth 15 years ago.