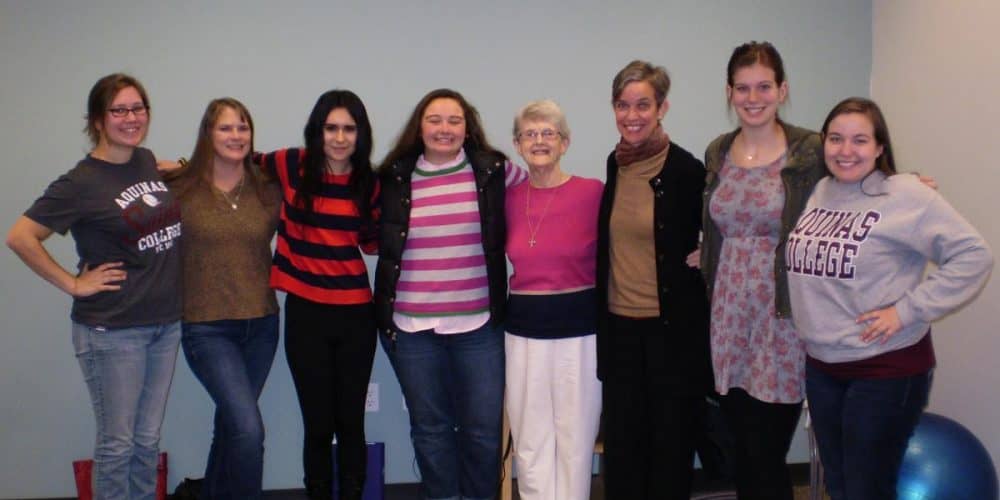 Sister Barbara is a Dominican sisters of Grand Rapids, Mich., the order that founded Aquinas College in 1886. Sister Barbara has been a professed Dominican sister for 58 years. She graduated from Aquinas in 1962 and served as a faculty member for five years before becoming the academic dean. She also served as a member of its board of trustees. Dr. Dunham-Strand, meanwhile, has been director of the Jane Hibbard Idema Women’s Studies Center since 2013 and has been teaching in the women’s studies program since 2006.

Sister Barbara recently fielded questions about the oral-history project unfolding at Aquinas. Read the interview by clicking on the link below.