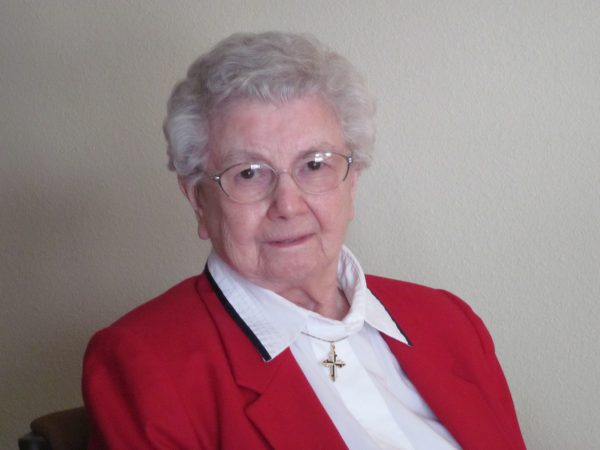 I am truly grateful for the grace of God leading me to the Dominican Sisters ~ Grand Rapids where I have received many blessings. I cherish the prayers, support, and companionship of the Sisters. They have given me strength in ministry and many joyous memories of fun times together.

I was born on August 8, 1927 in Wood River, Illinois, a small town across the Mississippi River from North St. Louis, Missouri. My parents were William and Theresa Kienstra, and I grew up with an older and younger sister and two younger brothers.

After graduation from the local high school, I attended Webster College for two years – a small college conducted by the Sisters of Loretto, and affiliated with St. Louis University. I then worked for my father and did some traveling. One trip was the 1950 Jubilee Pilgrimage to Rome, France and Switzerland. It was at this time I felt a vocation to religious life.

Being attracted to the Dominicans who professed a life of contemplation and action, I wrote to the Dominican Sisters ~ Grand Rapids for information. After receiving several issues of “Come and See,” I made my application. I became Sister Mary Gretchen and received my Certificate of Theology and Masters Degree in Elementary School Administration. I ministered as a teacher and principal of elementary schools in Michigan.

Snapshots from a Teacher and School Administrator

Dominican Sister Margaret Kienstra, principal of St. Joseph Catholic School in Wright Michigan, was featured in The North Press April 24, 1990. Most of the school’s 103 children enrolled in 1990 were descendents of the original pioneers of Wright, Mich. Photo by Jim Mencarelli for The North.    Click to read the article 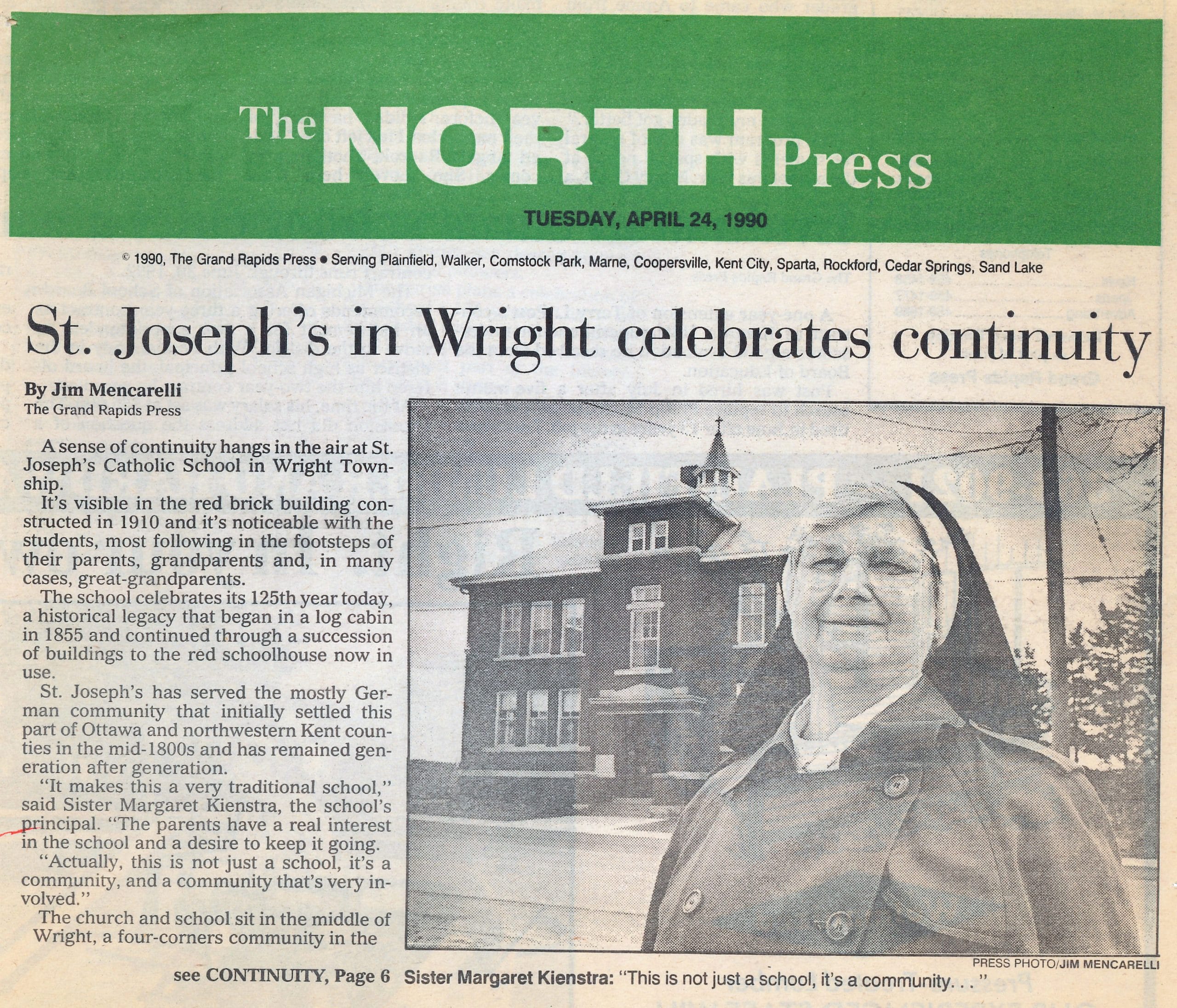