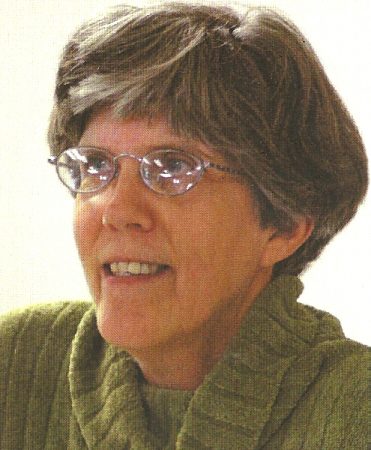 I have gratitude for all that has been and say yes to the future!

I was born and raised in Traverse City, Michigan in 1947. I entered the Dominican community in 1965 and graduated with a BA degree from Aquinas College. My ministry began in 1969 as a junior high teacher. For 14 years I was missioned in Saginaw where I worked in an inner city Latch Key program, helped begin Advocacy for Justice and the Home for Peace and Justice. As my awareness of injustices grew I joined campaigns to stop the Midland Nuclear Power Plant, JROTC, help young men with conscientious objection to the draft, stop the MX Missile System, remove 660 nuclear weapons from Michigan, oppose the Contra War in Nicaragua with Witness for Peace, and helped organize Michigan Faith and Resistance Retreats.

For 5 years I lived and witnessed at Michigan’s Two Strategic Air Command Bases until they were closed. I lived in a Catholic Worker community, worked to stop ELF (N-Trident trigger submarine system) in the Upper Peninsula, and worked with abused women.

Since 1995, I have lived as a member of the Jonah House Community in Baltimore, Maryland. This is an intentional community for non-violent study and actions to oppose nuclear weapons and wars. We offer college student retreats teaching non-violence, community and resistance, care for gardens and orchards; we sponsor a food pantry and I continue to strive to be vegetarian-vegan. Willing to pay the price of incarceration for my beliefs, I have spent years in courts, jails, and prisons as I speak truth to power in order to beat swords into plowshares.

Favorite Conviction Quotes
Preach the Gospel at all times. If necessary use words. – St. Francis of Assisi

Our lives begin to end the day we become silent about things that matter. – Dr. Martin Luther King

Bio
Sister Carol Gilbert was born in MI in 1947 and entered the Dominican Sisters of Grand Rapids MI in 1965. She was a junior high school teacher, a researcher at the Home for Peace and Justice and involved in a variety of issues: draft counseling, countering nuclear power and nuclear weapons, criminal injustices, poverty and all of the struggles caused by it, U.S. intervention in Nicaragua. Carol spent the next five years living and witnessing at two of Michigan’s Strategic Air Command Bases until both closed when she then moved to Jonah House in Baltimore, MD to continue the work against war, disarmament of nuclear weapons and trying to live nonviolence as a way of life.

Pray for advancement of statesmanship in public office holders

“Nothing can save the planet, save the world, if these weapons are ever used.” – Carol Gilbert OP, Dominican Sisters~Grand Rapids

Ardeth Platte, OP, Will Be Remembered as a Prophet of Peace

Banning Nuclear Weapons, A Historic Moment in Our Lives