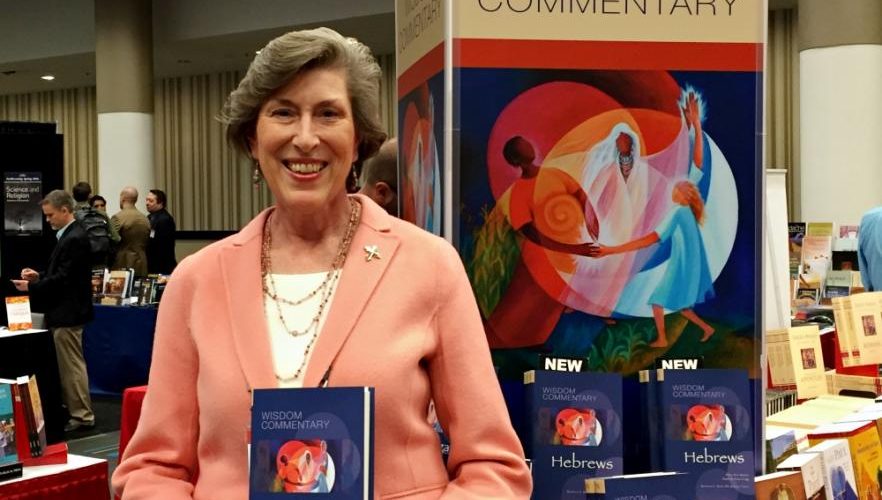 To have an entire series all written from a feminist perspective now says feminist biblical interpretation ... can be used with equal value as any of your classical biblical commentaries. -- Sister Barbara Reid, OP, Dominican Sister~Grand Rapids

In November 2015, Grand Rapids Dominican Sr. Barbara Reid launched the Wisdom Commentary series, a groundbreaking project offering feminist interpretation for every book of the Bible. There are now 13 volumes out, and two of them have won Catholic Press Association awards. People are starting to know about the series now, and there’s an interest and an excitement building about it.

Reid, in addition to being general editor of the Wisdom Commentary Series, has for the past nine years served as vice president and academic dean at Catholic Theological Union. She spoke with Global Sisters Report about what’s happened with the Wisdom Commentary in the last two years. Following are excerpts from this Q&A Interview and article.

“You know, CTU is one of the best places to be doing this kind of work because of the tremendous support here. I’m also very, very fortunate in that I’m not some maverick out on the fringe here at CTU with my interest in feminist biblical interpretation. I had colleagues who paved the way in being feminist biblical scholars long before I got here, and that was 30 years ago. I’m very fortunate that some of my colleagues, like Dianne Bergant, Carolyn Osiek and Kathleen Hughes in liturgy, they had been very openly feminist and had helped colleagues understand what feminism was and worked to where feminist approaches are now a normal part of the curriculum that our students learn.”

I delight in seeing this come to maturity and seeing the regard with which feminist biblical interpretation is now being held. And the number of people who are engaged in the project and also the huge, big reach of people who are benefiting from this project.-- Barbara Reid, OP