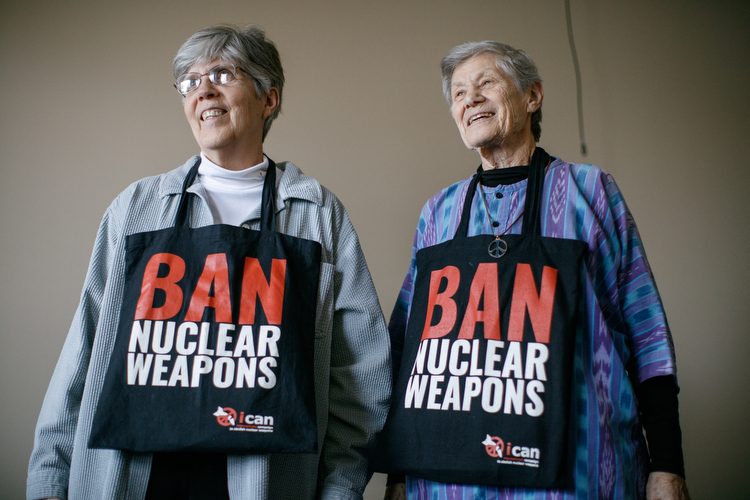 Sister Carol Gilbert, OP and Sister Ardeth Platte, OP, Michigan natives visiting Marywood from Washington DC, presented “A Yes for Humanity: One Step Closer to Nuclear Disarmament” on Tuesday, January 30. They spoke about being part of the International Campaign to Abolish Nuclear Weapons (ICAN) delegation to the United Nations last spring and summer that was instrumental in The UN Treaty on the Prohibition of Nuclear Weapons.