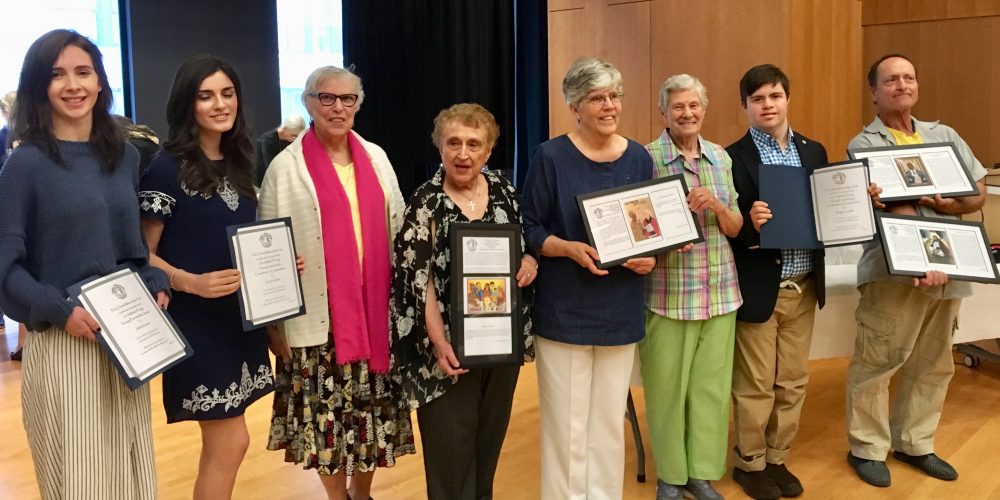 On Monday, June 4, 2018, Ardeth Platte, OP and Carol Gilbert, OP accepted an award on behalf of peacemakers around the world. Mary T. Yelenick from the Pax Christi International UN-NGO Delegation presented the award.

Carol and Ardeth, your life-long commitment to peace is grounded in the love that both Thea Bowman and Dorothy Day proclaim. From the classroom to the public square, from government facilities to military bases, from places of worship to diplomatic centers, you have allowed love to conquer fear. Like Thea, you embrace a simple life that is open to people and filled with laughter and music. Like Dorothy, you know the link between poverty and militarism and you stand up and speak out against both.

Thank you for your great courage to live, love, and laugh, to believe that peace is possible, and to help to bring it into being. We are privileged to honor you.

Sisters Ardeth and Carol have spent much of their lifetime preaching and teaching peace and the need to eliminate nuclear weapons worldwide. Their message is based upon the Dominican Sisters ~ Grand Rapids Corporate Stance on Nuclear Disarmament:

You can read more about Catholic Sisters and other peace activists who have worked decades to end the nuclear threat and helped bring about the July 7, 2017 agreement by 122 countries at the United Nations to outlaw nuclear weapons by searching “nuclear” on our blog. 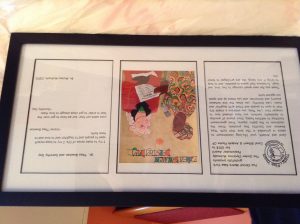 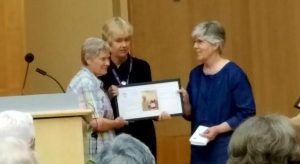 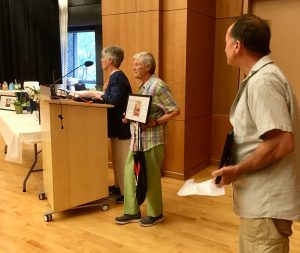 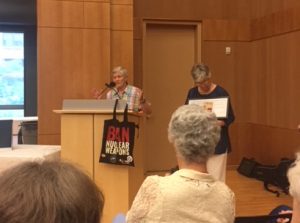