100th Anniversary of Laying of Cornerstone of Motherhouse at Marywood 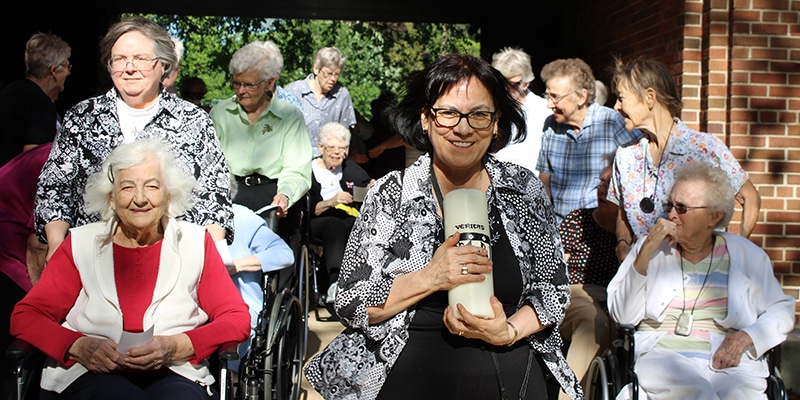 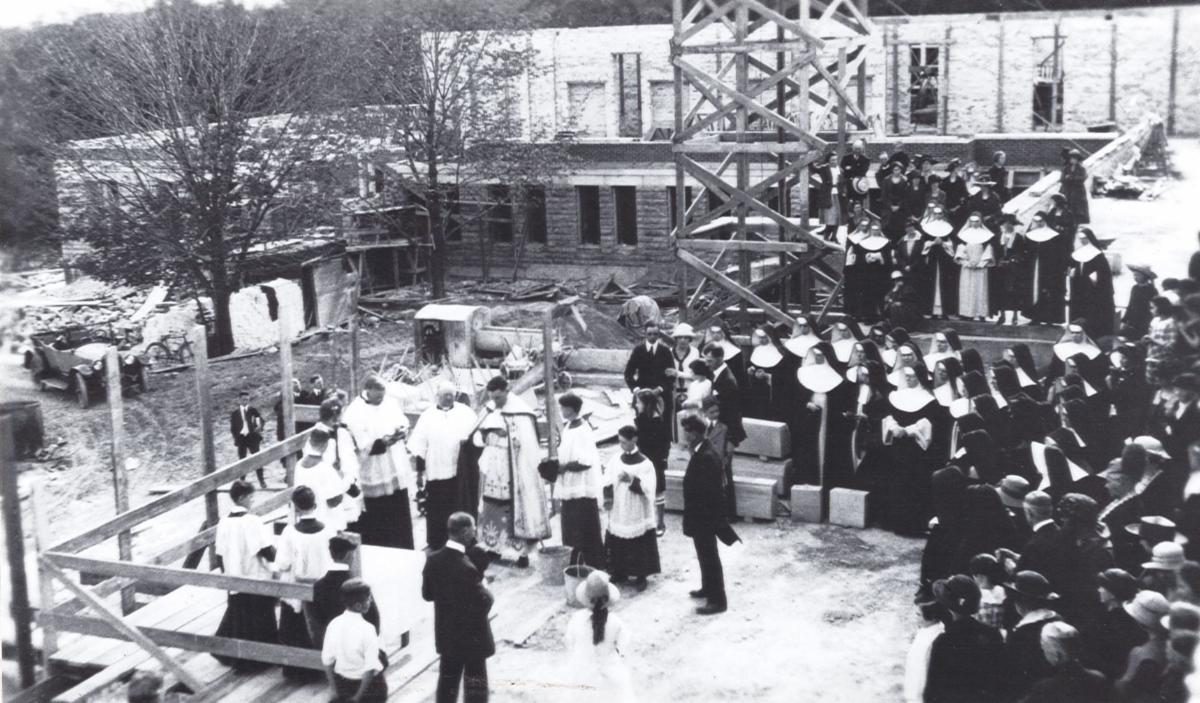 100 years ago, on June 5, 1921, the cornerstone of the brick building atop the hill on Fulton Street in Grand Rapids was laid.

On June 14, 1917, the Congregation purchased land at the corner of Fulton Street and Lakeside and plans for the building of a long anticipated Motherhouse began. Three years later, 100 years ago, on June 5, 1921, the cornerstone of the building atop the hill on Fulton Street in Grand Rapids was laid.

In honor of the Blessed Virgin Mary, and in appreciation for the beautiful woods on the serene property, the building was named Marywood. Over the decades more than one thousand Catholic women who became vowed religious, called Marywood “home.”

Sisters soon relocated from their residence at St. John Home to their new Motherhouse at Marywood. September 1922 marked the first Mass in the Chapel.

Today 160 Dominican Sisters continue to find their home at Marywood, and are happy that, although the main building will be under new ownership, they will continue to live on the Marywood campus in adjacent housing enjoying the beauty of the woods and name that honors Mary, the Mother of God.

A Day Together, A Time of Gratitude and Joy

This past weekend, on Saturday, June 5, Sisters gathered in prayer and ceremony to recognize the 100-year anniversary of the day the cornerstone of Marywood was laid. 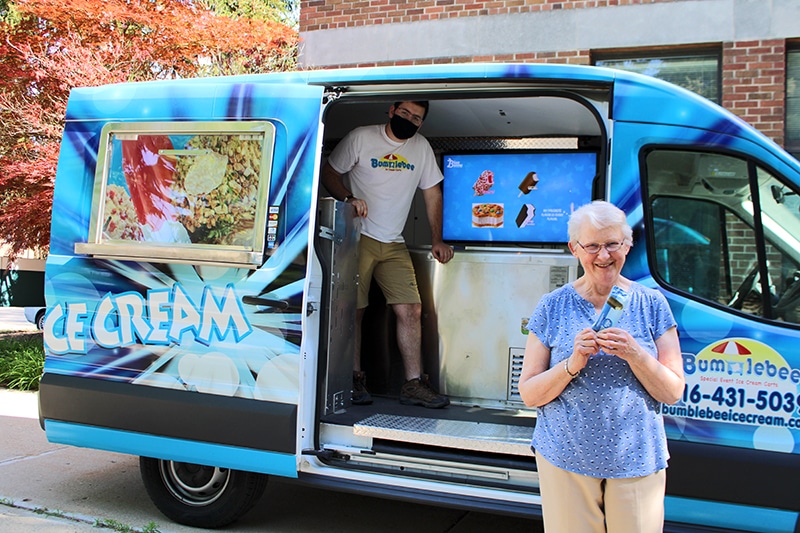 Sisters then solemnly processed singing Salve Regina to the front of the Chapel at the Circle Drive.

Sister Janet was the Leader of Prayer, Sr. Teresa Houlihan was the Gospel Reader. Sr. Joyce Ann Hertzig read the Land Acknowledgement, which recognizes the Indigenous people who built a sacred relationship with the earth in this place before settlers colonized the land. (see more below)

“The Leadership Team blessed the building and then turned to bless the Sisters, as all of the Congregation sang our Dominican Blessing,” said Sr. Janet Brown.

The evening ritual closed with the singing of Jubilate Deo together with bell ringing begun by Sr. Laurena Alflen.

Expressions From the Ceremony 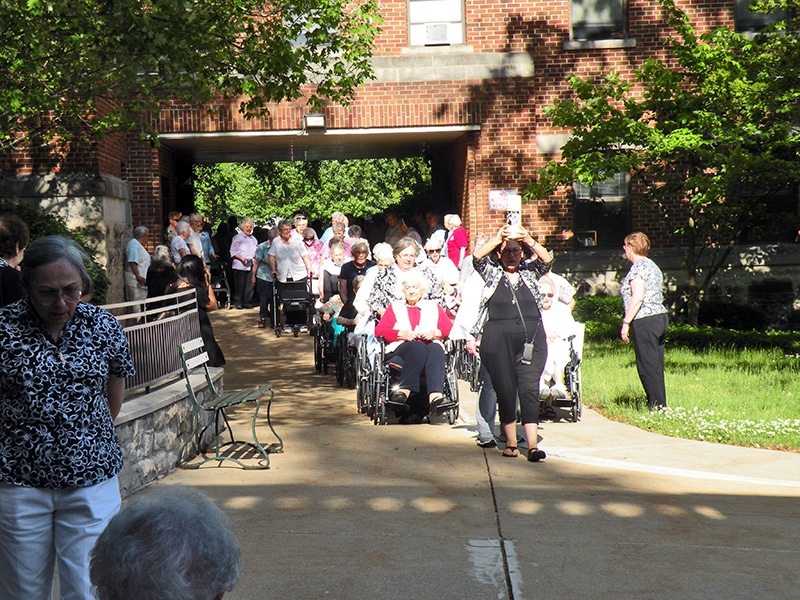 “Over the past 100 years, we Dominican Sisters ~ Grand Rapids and this building have experienced change. Change is a sign of life! It happens in the wake of something that precedes it. Change is brought to us if we are open to God’s Spirit and providential care. We say thank you to the Sisters Emboldened by Faith who have gone before us, as well as those now living in this Congregation. We acknowledge God’s everlasting love guiding us to serve with joy. We are grateful to all persons near and far, to the east and west, north and south, who have walked with us to lay cornerstones of justice for future times.”

“How fitting on this first vespers of the feast of the Body of Christ we, the living stones, acknowledge Christ as the cornerstone of our Congregation. There have been challenging times and days of plenty. Shortly before the cornerstone was laid, a world-wide influenza pandemic occurred. Grand Rapids was impacted as well; however, with courage and faith, plans begun in 1917 were not deterred. One-hundred years later in 2021, the COVID pandemic has infected people world-wide.

With faith and courage we stand on the foundation of Christ Jesus who continues to be with us. We are grateful for Congregational Leaders, members, and many places and people with whom we journeyed over the past century.

We, Dominican Sisters~Grand Rapids, thank our generous God for the many blessings given us.” 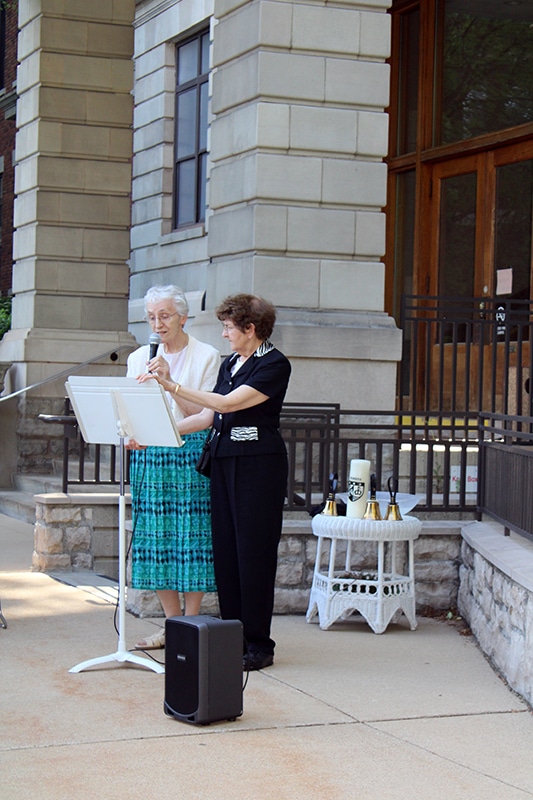 Sr. Joyce Ann Hertzig voiced an Acknowledgement of the Land

A Land Acknowledgement serves to name the Native peoples who through political structures, war, or other exploitation suffered hardship and were made to be invisible. It helps us to respect the ongoing presence of tribal peoples in our communities and the debt of gratitude we owe them.

“We, Dominican Sisters~Grand Rapids, acknowledge this Marywood Campus as gift of the Great Spirit’s creation and the ancestral home of the Odawa, Ojibwe (also known as Chippewa), and Bodewadmi tribal peoples* of the Three Fires Confederacy. In the 1800s almost all land acres now known as Michigan were taken from the indigenous peoples through treaty, broken promises, and forced removal. We strive to grow in awareness of our debt to native peoples.
* Names now in common usage are Ottawa, Ojibway and Potawatomi”

• In April 1915, as Mother Aquinata Fiegler, our first Mother General, was near death, she gave a directive to Sister Seraphica Brandstetter †1930 “The Lord wants you to do what I cannot do now. Go and find the right location for a motherhouse for the sisters.” Mother Aquinata added a last request: “if we succeed well, we should give the place a name in honor of the Blessed Virgin,” thus its name, Marywood.

• On June 5, 1921, all was ready for the laying of the cornerstone. Mother Benedicta O’Rourke †1935 selected appropriate items for the cornerstone: medals, copy of the Gospel for the Sunday, a history of the Church, sundry papers, and the names of all our Sisters. 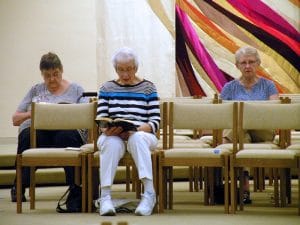 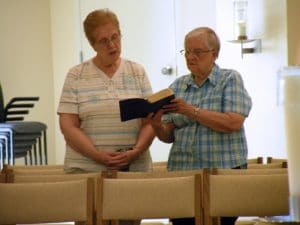 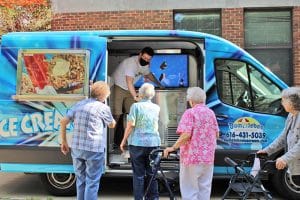 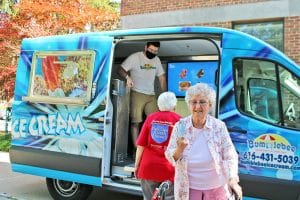 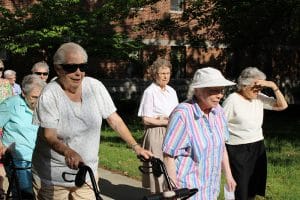 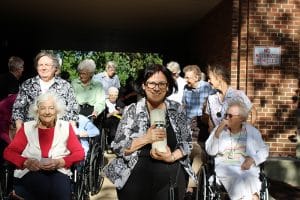 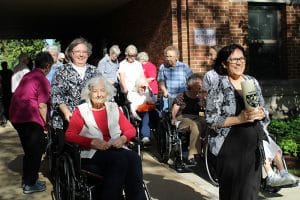 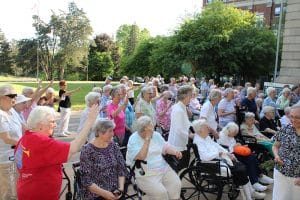 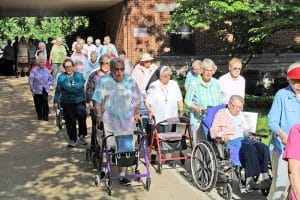 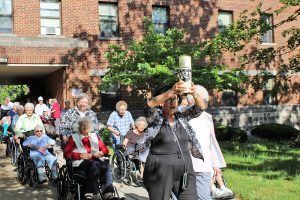 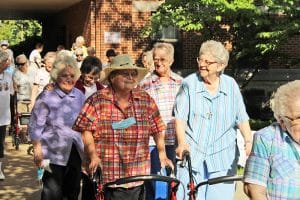 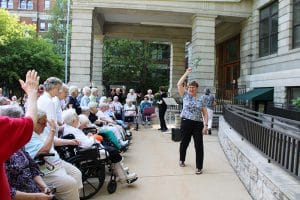 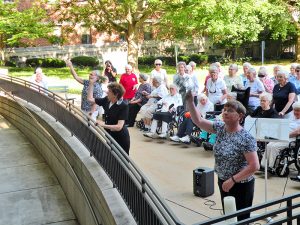 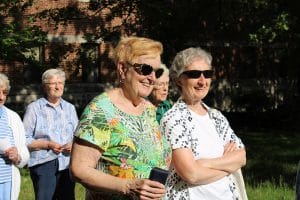 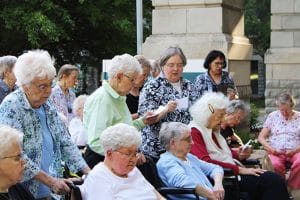 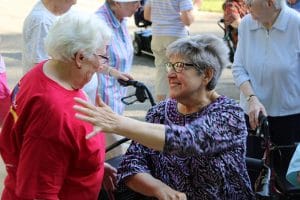 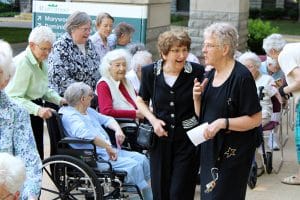 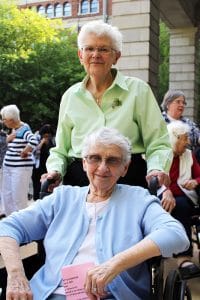 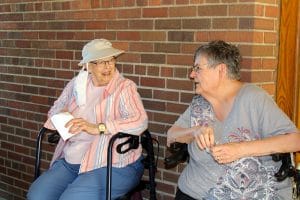 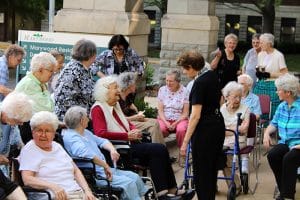