On November 21, 1938, Judith Irene was born in Lake Leelanau, Michigan, the second daughter of Dennis and Mildred Hahnenberg Kirt. She described her childhood as “outdoorsy,” and it was while hunting and fishing in the northern woods that she felt most at home.

Judith attended St. Mary’s School for both elementary and high school. When the principal came into her third grade classroom one day and asked the girls how many wanted to be a Sister, all hands went up – except Judith’s. She put her head down and hoped no one would notice. She did not want to be a Sister, she wanted to be a cowgirl!

That desire changed years later. When one of the Sisters in the Lake Leelanau convent died, Judith felt a strong call to be her replacement in religious life. Her sense of vocation was intensified during a retreat when the retreat master referred to the courage of Judith in the Old Testament story. Judith challenged herself to likewise be brave in pursuing what she determined was God’s will for her.

On September 8, 1956, Judith entered the congregation at Marywood. In her own words she was “scared, having the impulse to run the other way.” Although feeling mighty scared, she soon recognized she loved the life and knew it was what she was looking for all along. 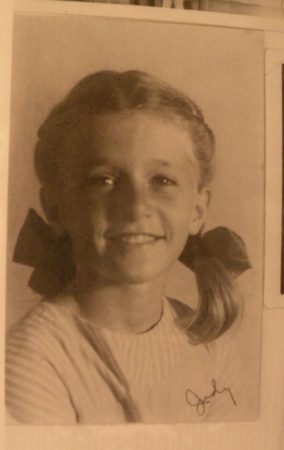