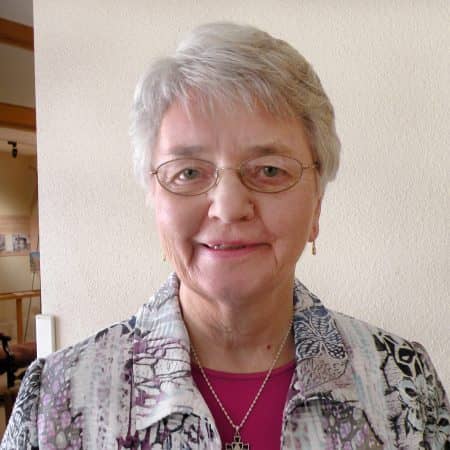 It is only by the grace of God and support of family and community that I am celebrating 60 years as a Grand Rapids Dominican Sister. I have been blessed.

I was born and raised in North Dorr, Michigan. My parents are Donald and Helen Stein and I am the second of seven children. My first eight years of education occurred at Visitation school in North Dorr. I was an aspirant at Marywood 11th and 12th grades and became a Postulant in 1956.

After my first profession I began LPN training and ministered at the Marywood Infirmary, Aquinata Hall, Blodgett, and St. Mary’s hospitals in Grand Rapids.

After 25 years of nursing, I trained in cosmetology and began this service to the community. For many years I volunteered at Dégagé, serving the homeless in Grand Rapids.

My third career involves assisting our Sisters as they move into and around the Marywood Campus. I call myself the “Nun with a Cart.” My life has been full!

Pray for the homeless