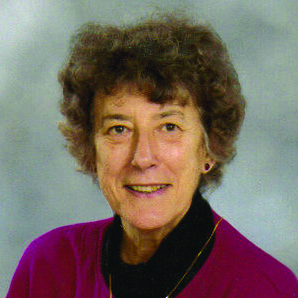 Not one to be hemmed in by too many rules, Sister Joanne claimed as her motto: “Live and let live!”

Sister Joanne’s family, friends and classmates remember her as one who lived life to the fullest, efficiently using every minute she could to enjoy a movie, concert, or dinner and still be on time for prayers. Her mathematical mind could calculate just how many minutes she had to make it all fit in the day.

Joanne was born October 28, 1937 in Chicago to Robert Davey and Cerena J. (Lietz) Davey. She was one of five children. Robert, the first born, became a priest in the Saginaw Diocese. Joanne and her twin sister, Mary, were next. Then came another girl, Barbara. The last child was a boy, Terrence. Joanne remained close to her family all of her life, assisting them as she was able during their own times of tribulation.

For the first few years of school she attended St. Thomas the Apostle in Chicago. Then the family moved to Saginaw where she was a pupil at Sacred Heart. It was here that she met the Dominican Sisters of Grand Rapids.

After graduation from high school, Joanne worked as a telephone operator for Bell Telephone and also for Equitable Life Insurance Company. She attended Bay City Junior College for one semester before entering the Congregation in January of 1958. After six months as a postulant she became a novice on August 17, 1958; receiving both the Dominican habit and her name in religion, Sr. Mary Regis, by which she was known until returning to her baptismal name after Vatican Council II.

In the earliest years of ministry, Sister Joanne taught grades 7–12 in several Michigan schools including Catholic Central, Alpena; St. Mary, Lake Leelanau; SS Peter and Paul, Saginaw; All Saints, Bay City; and St. Mary, Saginaw. For a brief time she worked assisting the nursing staff at Nazareth Hospital in Albuquerque, New Mexico. Soon however, she returned to the east side of her home state and pastoral ministry at St. Agnes in Freeland and then St. Boniface in Bay City. From 1985 until her retirement in 2002, Sister Joanne taught adults and young adults in alternative education programs, first Upward Bound, and then at the Ruben Daniels Lifelong Learning Center in Saginaw where her expertise in math, science and English were greatly needed and appreciated.

In addition to education and service in a pastoral capacity, Joanne had a heart for social justice issues. On November 11, 1980, Sister Joanne preached the ecumenical Thanksgiving service at Bay City Madison Avenue Methodist Church. Money collected at the offertory of that service was donated to Catholic Relief Services and CROP, an ecumenical initiative to alleviate hunger.

Always ready for an adventure, whether it be travel to distant shores or to the local symphony orchestra production, Joanne’s circle of friends included just about everyone who was willing and able to join her. And if she couldn’t find any one to join her, she would go by herself. She loved to relax with a good cup of hot coffee or, on a warm day, she loved to visit Mooney’s Ice Cream Parlor in Saginaw for a cone.

Joanne loved the outdoors with its opportunities for hiking, biking, and downhill and cross country skiing. In her later years she continued to enjoy music, especially playing the guitar, accordion, percussion instruments and singing. She also found relaxation in crocheting and reading. Until illness slowed her down, she served in Christian Service and Music ministry at St. Mary’s Cathedral in Saginaw, Michigan, finding both of these to be meaningful ways to engage others and serve God.

Although she did not like to be the center of attention, Joanne enjoyed a good laugh even at her own expense such as when her classmates teased her about talking in her sleep!

Not one to express herself at length, Joanne did commit to writing her deep desire to live in closer union with God, to pray and reflect and share with others the Good News of God’s all- encompassing love. She wrote at that time that she reveled in seeing people grow whether they be her Sisters in the Congregation, her friends, family members or the many students she taught through her long years in education.

We commend Sister Joanne to your prayers.

Sister Joanne on the sand dunes in 2004.