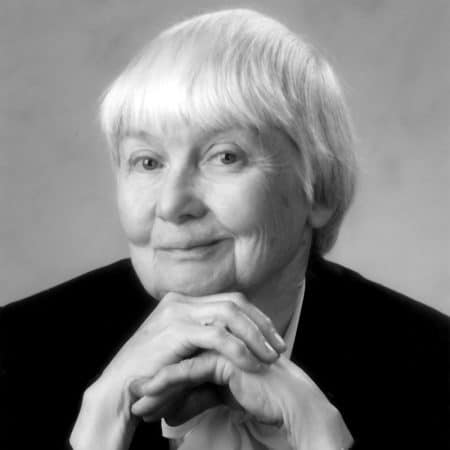 The month of July 1923 had almost run its course when on the 30th Jean Lucille was welcomed into the family of Frederick Henry and Margaret Lucille Milhaupt of Norwalk, Ohio. An older sister, Rosemary, had preceded her, and two years later to the day Frederick Henry II appeared. (Years later he became a lieutenant in the Air Force and was one of the many missing in action during the Korean War.)

Jean started her education early with two years in kindergarten at Benedict School, Norwalk, and completed grades 1 to 8 at St Paul School there. Life in the small town was peaceful and Jean enjoyed excursions with her grandfather to the surrounding countryside in search of wild flowers, mushrooms, nuts and perch in nearby Lake Erie. When she finished grade school, the family, now enlarged to five with the addition of John and Marilyn, moved to Grand Rapids, Michigan and settled in St. Francis Xavier parish. Jean attended the first two years of high school at St. Francis and then transferred to Mount Mercy Academy for her final two years. At Mt. Mercy she displayed a penchant for journalism, becoming editor of the Hilltop News in her senior year.

Following graduation she entered Aquinas College. During her undergraduate years she worked as a copy girl at the Grand Rapids Herald and edited the Aquinas Herald for two years. She graduated with a B.A. in English in 1945, and was faced with a choice, which caused her some struggle. An offer of a full-time job on the Herald held out prospects for a career in journalism, but her mentor at Aquinas, Sister Aquin Gallagher whose classes in English literature Jean greatly enjoyed, and whose enthusiasm as scholar and teacher she admired, was urging her to become a Dominican Sister. The Dominicans won out and Jean joined the Congregation as a postulant in 1945. On March 14, 1946, she received the habit and the name Sister Maris Stella of the Holy Trinity, by which she was known until she returned to her baptismal name after the reforms of Vatican II.

Practically all of Sister Jean’s long teaching career was spent at Aquinas College. After completing the work for an M.A. degree at the Catholic University of America, she taught English at Marywood Academy from 1949 to 1951. In that year she joined the faculty of Aquinas College and taught there until her retirement with the exception of the years 1959 to 1962, which she spent acquiring a Ph.D. at the University of Michigan, earning a fellowship and a Phi Beta Kappa in her final year. Besides teaching courses in English literature and Linguistics, she served for some time as moderator of the Aquinas Herald. During these years she enriched her professional life by study and travel—spending the summer of 1964 at an English Institute at Oxford University, 1969 at the British Museum, and 1973 at the University of Virginia. She conducted a student tour of the Arthurian country in 1989, and led several student trips to Canada’s Shakespearean festival in Stratford, Ontario. In October 2008 Sister Jean was inducted into the Aquinas College Hall of Fame. Her spiritual life benefited from a month spent at the Benedictine Abbey of Pecos in New Mexico, and the tour known as the Lands of Dominic sponsored by the Parable Conference.

Perhaps the first thing one associates with Sister Jean is humor. She had a ready wit and enjoyed humor whether as source or recipient. Her laughter was ready and infectious. Her depth and breadth of linguistic knowledge made her skilled in pun, crossword puzzles, and epigram, a skill she used with pungency and delight. Fishing was another of Jean’s pastimes. Friends from the Brogger Cottage years remember her dawn sallies on the lake. Her third avocation was cycling. She was a familiar figure on the 7-mile round trip from her home near St. Alphonsus to Aquinas College. Day after day for many years she cycled to and from work. That must have contributed greatly to maintaining her health and vigor long beyond the biblically allotted 70 years.

Among experiences for which Sister Jean expressed gratitude was the opportunity to help care for her parents and aunt in their declining years. She was also grateful to live with a small group of Sisters in an inner city setting, and, with the shortening of skirts, to return to her beloved bicycle. She recalled with nostalgia the friends of Brogger Cottage days, and derived satisfaction from being able to resume communication with many former Sisters, for whom she conducted a newsletter. In recognition of her long service to Aquinas she was invited to deliver the Commencement Address in 1995. When the time came to end her teaching career she continued to serve the College by taking over her friend, Sister James’, role as Archivist and also served as congregational vitae collector.

Sister Jean is survived by her sisters Rosemary Brown and Marilyn Hefferan and her brother John (Peg) Milhaupt of Grand Rapids; many friends and loving members of her Dominican community.

Entered eternal life on November 2, 2011 at the age of 88 after 65 years of religious life

We commend Sister Jean to your prayers.

Sister Jean’s reception as a novice in 1946

Lewis Clingman, Sister Jean as a Professor of English and Eugene Smith at Aquinas in 1975