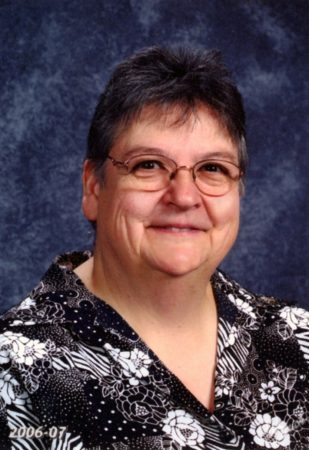 Wherever she went on mission, she was soon appreciated for her capacity to build caring relationships among the people she worked with and also with the people she served.

Longing for a little girl after the birth of two sons, the prayers of Chester and Mable Nellett were answered doubly with the birth of not one, but two beautiful daughters, on November 4, 1945. And so it was that Mable dedicated her daughters Jennie and Julia to the Blessed Mother in thanksgiving for this double answer to her prayers.

This would not be the first or last time Jennie and Julia surprised their parents and others. The first time was in an Ann Arbor hospital where Chester had taken his wife in a worried hurry to find out what was wrong with her. The doctors in their home town of Au Gres had advised the trip. “Don’t you know what’s wrong with your wife?” the Ann Arbor doctor asked. “If I knew, I wouldn’t be here,” Chester replied. “Take her home; she is going to have a baby!” Even that sage doctor did not know it would be two.

Farming became nearly impossible due to the clay soil in the Au Gres area and soon the family moved to Bay City where Chester could find work as a millwright in the Saginaw Chevrolet Grey Iron Foundry. Mable was a loving mother whose warmth and maternal care made the Nellett home a welcome place. The family was a peaceful and loving one that grew beyond four children by fostering and caring for other children. Among them was Frank, a 3rd cousin. Frank came into the family when he was only 13 months old and remains a dear brother to them.

Because Saint Joseph’s in Bay City was known as the French Parish, both girls received their education in grades one through twelve at that school. The call to do some good helping people through religious life in the Dominican order was not so unusual at the time. What was surprising was the fact that the reply to Jennie’s letter requesting entry into the congregation contained not one, but two letters of acceptance. Without telling each other – a rare occurrence – Julia had also applied to enter the community.

The first few weeks were filled with homesickness and tears, but encouraging one another to “stick it out for two weeks,” they soon began to feel at home with the new way of life which included much more silence than had been the custom in their lively home; and many more prayer times than they had been used to.

In missions at the House of Studies, Marywood bakery, Holy Cross on Beaver Island, Traverse City, Aquinata Hall and again at Marywood as Food Service Director, Dominica became known as an excellent homemaker and food service director. Inheriting her father’s “moxie,” Dominica was able to negotiate with humor and honesty her position and resolve – and always it was in the best interest of her “people” whether they were Sisters or children that she stood her ground. Wherever Dominica went, wherever she lived, she soon made the place a homey welcoming one. There was always laughter echoing from the kitchen, and plenty of helping hands to peel potatoes and chop carrots. Dominica was a natural at building a sense of welcome and of community.

Sister Dominica was one of the food service people who studied food management with the innovative Brother Herman Zaccarelli, C.S.C. at Fontbonne College in St. Louis, Missouri. Here she stayed in a camper on the edge of town where it was cooler, during four summers of study. Here too, Dominica honed her skills in management and gained even more confidence in her abilities.
During a time of Sabbatical at Springbank, South Carolina, Dominica arrived early to offer her help in clearing up the debris and damage of Hurricane Hugo which had swept through the compound shortly before the term began. Then followed years in Saginaw near her elderly parents as head cook at both Luther Manor Nursing Home and most recently Carrollton Public Schools where Dominica served for 19 years. Here Dominica found great delight in the staff she worked with and the children she served. An average day might see 1000 meals prepared for hungry, sometimes finicky students. Dominica’s skills in management, her keen sense of humor, her warmth and energy were appreciated every day.

Here too Dominica became an active parishioner at another St. Joseph’s Parish, this one a few miles south of her home parish. St. Joseph’s, Saginaw is a vibrant multi-cultural parish that serves as an oasis of hope and community in a part of the city of Saginaw that has seen hard times. Known for its diversity among the parishioners, here too Dominica offered her gifts of hospitality, warmth and service as a Eucharistic minister and helper at parish events.

When the option came to return to one’s baptismal name, Dominica’s twin sister who now bore the name Marcus chose to return to Julia. Dominica asked to return to her baptismal name of Jennie, but was told that since there were no canonized saint Jennie’s in the Church’s roster, she would need to choose Genevieve or Jennifer. In her usual practical and outspoken manner, Dominica responded: “I’ve been Dominica longer than Jennie, so Dominica it will be.” And so it was and is ~ although, all those who knew her are certain that there is a Jennie now among the saints in heaven.

Diagnosed with an inoperable brain tumor, Dominica chose to live every day to the fullest, leaving all who knew her amazed at her courage, humor, equanimity and faith. God called her home on September 29th. She expressed great gratitude and thankfulness for the care she received from her doctors, nurses, aides, CNA’s, Sisters, family and friends.

Sister Dominica’s brother Chester Nellett preceded her in death. She is survived by her twin Sister Julia Nellett of Grand Rapids, her brother and sister-in-law, Henry and Gaile Nellett of Marseilles, IL, her brother Frank LaLonde of Bay City, and sister-in law Virginia Nellett of Hammond, IN, as well as many nieces, nephews, grand nieces and nephews, great grand nieces and nephews and her loving Dominican community.

We commend Sister Dominica to your prayers.

Visiting Beaver Island for the Centennial Celebration in 1977