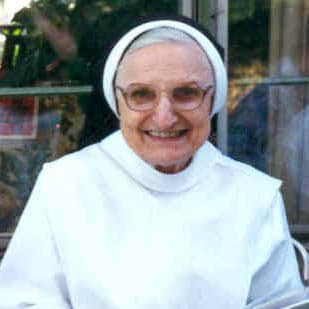 The sights and sounds of Christmas 1922 were already brightening the streets and skies of Saginaw, and dusting the dreams of children big and little. In the Third Ward, Jacob Bugala and his wife, Mary Pociask Bugala were awaiting another baby to add to their octet of blessings. Both of them, immigrants from Poland, took waiting in its stride as they welcomed fulfillment. Advent had its special meaning, and they wondered as before, “What would this child be?” A Christmas Star? On December 17, a baby girl was born and appropriately called Stanislava — “Star.” Four days later Father Stanley J. Sikorski officially named her for the Kingdom of God. Years later, she would hear the echo, “This is what Yahweh asks of you, to act justly, love tenderly, walk humbly with your God.” God would give her 77 years for the task. In the warm trusting embrace of a loving family, she would grow in stature of mind and body. The star was already “beata” — blessed!

Home and school were strong formative influences in Stella’s life. St. Rita’s School was staffed by hard-working Dominican Sisters, for whom there was no compromise in learning or values. Sisters Alfreda and Theodora Jasinski and Sister Benjamin Biess were intellectual and spiritual examples for which Stella early cultivated a special and deep reverence. From her eighth grade graduation, she moved easily into neighboring St. Joseph High School and found again Dominican models and mentors. From them, it was a natural step after high school graduation to the Dominican novitiate in Grand Rapids. On September 8, 1941, Stella became a postulant and continued her education at Catholic Junior College. On August 19, 1942, Mother Euphrasia Sullivan gave her the religious habit and the name, Sister Beata of the Infant Jesus. A year later, she pronounced her first vows, and on August 20, 1946 made her Final Profession.

It was no surprise to Sister Beata to join the teaching ranks of the community. She was immediately assigned to high school on Beaver Island. In subsequent moves to St. Joseph High School in West Branch and then to Sacred Heart High School in Merrill, she gathered God’s “little children” to her. Always she was confident that God guided her in obedience. That obedience, was rewarded when she finally began a lifetime of dedication and primary teaching in the schools of both the Grand Rapids and Saginaw dioceses.

Wherever there were little children, Sister Beata found her niche and happiness. She followed her Master of Arts degree with another Master’s in Reading from Aquinas College, and a third in Remedial Reading from Cardinal Stritch College in Milwaukee. No degree, however, could surpass the diligence and preparation she gave to her immediate classroom.

Sister Beata’s induction into the Sixth Annual Hall of Fame of Saginaw Catholic Schools in 1993 recognized her status and contributions to her home diocese. “One thing Sister Beata never learned was the meaning of retirement,” someone remarked. It was an apt and indisputable compliment. She was challenged and fascinated by new horizons in the Church, community and education. A true Dominican, she carried the motto of truth into every new marketplace.

The vineyard knew no boundaries for Sister Beata, and her vision saw new needs. Not even a bout with cancer stopped her; she found fresh energies to volunteer at Francis Reh Academy, to a handicapped program, and finally religious instruction of the little ones at St. Joseph’s.

Home at St. Joseph Parish and so-called retirement, she filled her free time with her gifts of homemaking, cooking, cleaning and crafts. She loved community life. It was more than an extension of the Bugala Family. She had both in her later years. Family proximity found her at every celebration. Their joys and sorrows were intimately her own, and she felt deeply. The death of her eldest sister Helen in 1991 affected her deeply. A particular bond blessed her again in sharing religious life with Sister Thomasine (Genevieve) and Sister Rosella (Elizabeth). A family trip to Poland in 1990 thrilled her in discovering her roots, as she drank in the beauties and riches from which her parents had come. Gorgeous and wonderful, she said. In her later years she contracted Parkinson’s disease and in 1996 moved to Aquinata Hall.

Wonderful, but not more so than her fulfillment “to act justly, love tenderly, walk humbly with God.” Now, Sister Beata—Stella, Star, has answered Jesus’ call to her eternal “retirement” in His Kingdom, her radiance to shine forever.

She is survived by her sisters, Sister Thomasine Bugala, OP of Grand Rapids; and Sister Rosella Bugala, SFCC of Midland, many nieces and nephews, friends and a loving community.

We commend Sister Beata to your prayers.