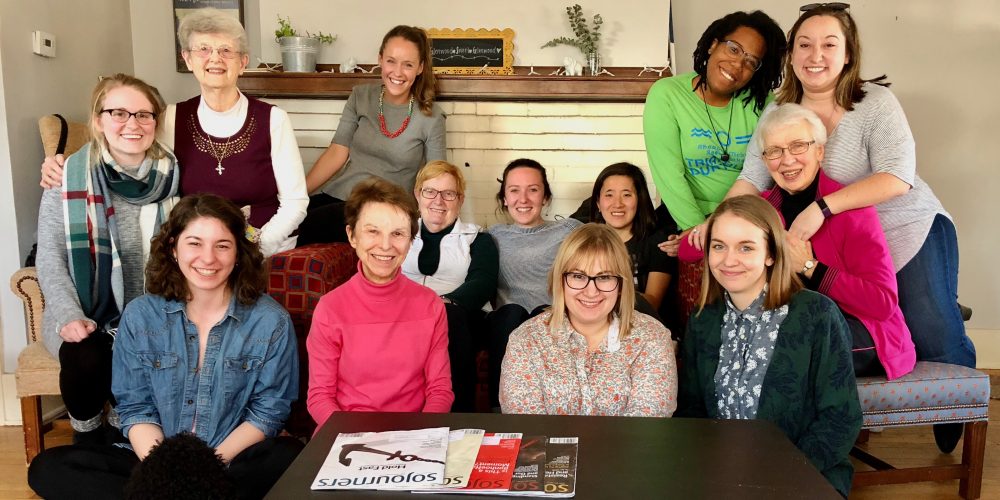 I believe that we are more alike than we are different.—Kaya Oakes

The Nuns and Nones project seeks to bring these two intergenerational groups together in order to explore new forms of community life, help millennials see models for sustainable activism and create an intergenerational network of connections, what the project’s website describes as “an unlikely alliance across communities of spirit.” Different people emphasized different turning points in the origin of the project, but the sisters and millennials I interviewed all agreed: It began with a gathering, a circle, and it began with conversation. — Kaya Oakes

In the year and a half since the first Nuns and Nones gathering, the growing level of interest in these meetings among both sister communities and millennials has led Mr. Horowitz and Mr. Muller and a team of volunteers to stage regular regional gatherings across the country. One of the longest-lasting of these has been in Grand Rapids, Mich. Grand Rapids is home to a large number of Reformed Christian churches, as well as Calvin College, which holds the biannual Festival of Faith and Writing, which itself attracts a large number of spiritual seekers. But Grand Rapids is also home to a community of Dominican Sisters.

Last year, Barbara Hansen, O.P., who is in her early 80s, found herself in conversation about hosting a Nuns and Nones gathering with Katie Gordon, who is in her late 20s. She was then a local interfaith organizer and journalist and is now a student at Harvard Divinity School.

For the “exhausted” millennials who are themselves involved in activism, Ms. Gordon said that “sisters are an example of women who have been involved with these issues for 50 plus years and have found ways to sustain themselves.” For millennials who have felt marginalized due to church teachings on their sexual identity, and for young feminists, according to Ms. Gordon, sisters show how to be “women within a church that doesn’t always recognize women to their fullest leadership capacity” has also provided a model for seeing “what gifts come with being on the edge of a tradition, and what challenges are there as well.” Read more

The above is an excerpt from an article written by Kaya Oakes and published in the September 4, 2018 issue of America Magazine. Read the entire article online and watch for the print issue in mailboxes and newsstands.